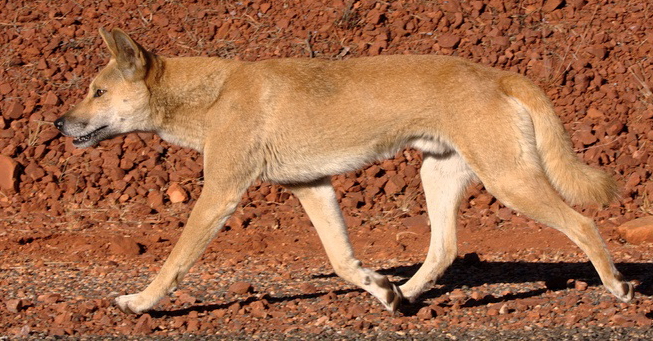 The dingo is a dog that is close in lineage to today's domestic dogs. This means it has the same ancestor. Later on, the path that lead to the dingo then split into two different breeds, one of which was the dingo, and the other was the New Guinea singing dog, which is uncommon now but very similar to the dingo.

Using dingo fossils, it was discovered dingos were first in Australia around 3,450 years ago.